Add to Cart
The TSS Duke of Lancaster is a railway steamer passenger ship that operated in Europe from 1956 to 1979, and is currently beached near Mostyn Docks, on the River Dee, north-east Wales. It replaced an earlier 3,600 ton ship of the same name operated by the London Midland and Scottish Railway company between Heysham and Belfast.
Along with her sister ships the TSS Duke of Rothesay and the TSS Duke of Argyll she was amongst the last passenger-only steamers built for British Railways (at that time, also a ferry operator). She was a replacement for the 1928 steamer built by the London Midland and Scottish Railway, RMS Duke of Lancaster.
Built at Harland & Wolff, Belfast and completed in 1956, she was designed to operate as both a passenger ferry (primarily on the Heysham-Belfast route) and as a cruise ship. In this capacity, the Duke of Lancaster travelled to the Scottish islands and further afield to Belgium, Denmark, Netherlands, Norway and Spain.
From the mid-1960s, passenger ships such as the Duke of Lancaster were gradually being superseded by car ferries. Rather than undertake the expensive option of renewing their entire fleet, British Railways instead began a part-programme of conversion. In order to maintain ferry services whilst these modifications took place, the Duke of Lancaster's duties as a cruise ship ceased. On 25 April 1970 the ship returned to service, having had her main deck rebuilt to accommodate vehicles via a door at her stern. The ship now provided space for 1,200 single-class passengers and 105 cars, with a total cabin accommodation for 400 passengers.
The three ships continued on the Heysham-Belfast route until the service was withdrawn on 5 April 1975. The Duke of Lancaster was then briefly employed on the Fishguard-Rosslare crossing, before becoming the regular relief vessel on the Holyhead–Dún Laoghaire service until November 1978. The ship was then laid up at Barrow in Furness, Cumbria. 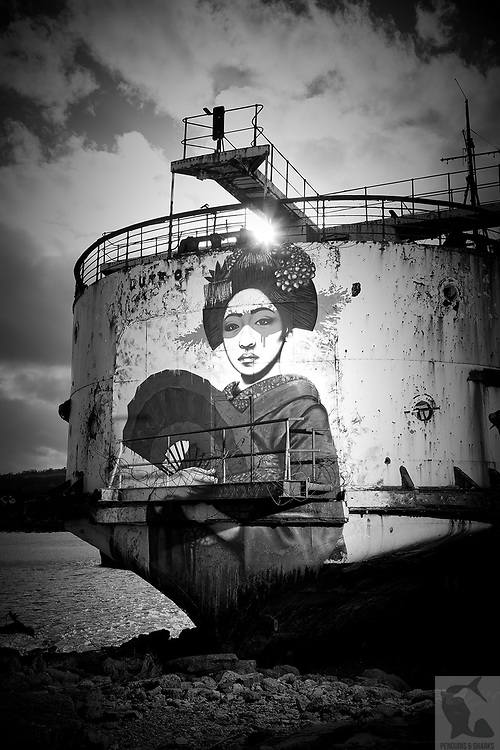